Carpet cleaning serving Fairfield and the surrounding
counties since 1908

Like our services, Danbury Rug Works has a detailed history.
We started small but grew in size and attracted clients quickly. Read for
yourself the rich history of what Newtown, Ridgefield and other surrounding
areas in Connecticut would later come to call the number one carpet cleaning
company.

It all began with Frank Barrett who founded the company in
1908. When Frank opened his doors he called his business the Danbury Rug and
Wire Cloth Works. He created rugs out of old rags, cleaned rugs and made
excellent wire cloth for multi-use purposes. Some of his wire cloth was bought
and used by the US Army.

During the 1920s and 1930s, his business prospered. It was
during this time that two boys, brothers, living next door to his shop began to
help Frank. They would beat the rugs that had been brought in for cleaning. In
the 1940s Frank became ill and once the war ended he needed more assistance
with running the shop daily. One of the brothers, who had previously beaten
rugs for him, took on the position as store manager.

In 1948 Frank passed away. The shop, now called Danbury Rug
Works, was then sold to the brothers who had helped Frank all those years ago,
Edward and Anthony Benicewicz. They built up the business to begin rug cleaning
and repairing for all of Danbury, Newtown and other surrounding areas. Once the
trend of installed carpet caught on, the brothers expanded their services to
include at home carpet cleaning.

In the early 1960s, Anthony’s son AJ began working full time
for Danbury Rug Works. In 1980, Anthony’s brother and part owner Edward passed
away. AJ became acting manager and his father was able to slowly hand the
business down. Anthony is now fully retired and AJ, along with his two sons
Nicholas and Jacob are taking the Danbury Rug Works company into the 21st
century. 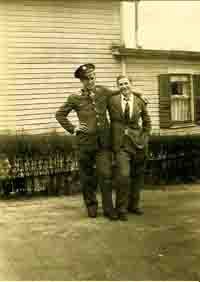 For more information about our history or to schedule our carpet cleaning services for your home, give us a call today at (203) 743-1691